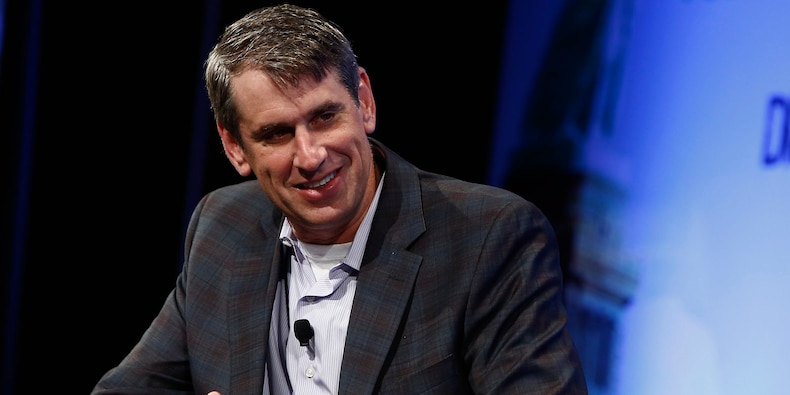 Venture capitalist Bill Gurley is personally betting on ethereum's success after the cryptocurrency network's community won him over.

"I have to say I was swayed by the arguments of the ethereum crowd," he told Bloomberg in an interview on Wednesday. "And so, I've taken a personal position - not something to Benchmark."

Gurley, a general partner at Silicon Valley VC firm Benchmark, didn't specify how much he invested. Ethereum fans impressed him because they struck him as "way more pragmatic" than others in the crypto space, he said.

"They seem to be open to change and are basically making several changes which I think will bring down fees and will be very beneficial," he said, referring to the network's shift to ethereum 2.0 which is said to be more scalable, sustainable, and secure. "The developer community is clearly in the ethereum camp."

"I think there's a ESG benefit once they move to proof-of-stake versus bitcoin," he added, referring to environmental, social, and governance factors. "It seems to me to be the smarter way to play if you're going to have crypto exposure."

Ethereum's move to a proof-of-stake protocol is said to be far less energy intensive than proof-of-work, which is what bitcoin uses to validate and confirm transactions. Some analysts expect ESG investors to embrace ether's dramatically improved energy consumption, making it the more dominant token.

However, Gurley said he isn't a crypto maximalist and wouldn't argue that everyone should have exposure to digital coins.

The legendary investor, who has previously called out Robinhood's reliance on payment for order flow, reiterated his critical view of the commission-free trading app's business model.

PFOF is "a bastardization of our markets and I hope the SEC makes it go away," he said, adding that he sees Robinhood as more of a casino than an investor platform. Gurley has said he didn't invest in Robinhood because it made him feel "emotionally bad."

Read More : 3 lessons from the world's best fund managers on value investing and successful stock picking, according to a 20-year investing veteran who profiled them

Source: https://markets.businessinsider.com/news/currencies/bill-gurley-benchmark-vc-ether-ethereum-crypto-community-practical-flexible-2021-8
Robert Smith 1 month ago
previous post next post
We use cookies to ensure that we give you the best experience on our website. If you continue to use this site we will assume that you are happy with it. Ok