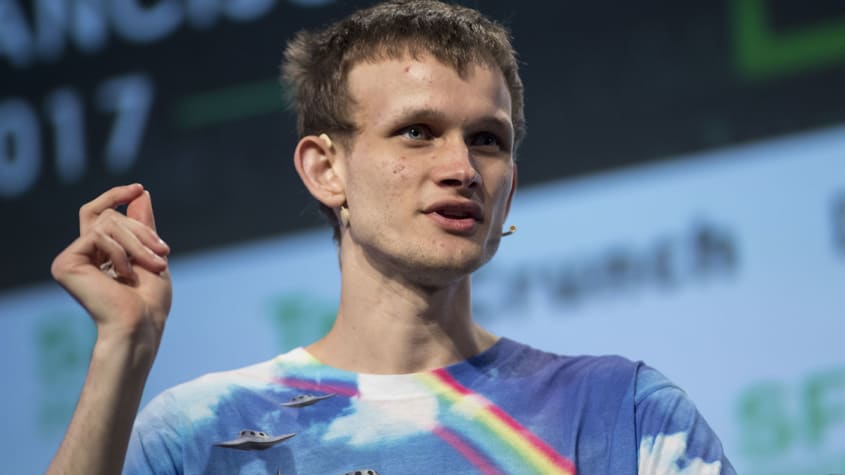 The ethereum blockchain and its ether cryptocurrency is second only to bitcoin in size and importance. But what exactly is it and what is it for? Dominic Frisby explains all.

Probably because, by the time I’ve finished with bitcoin, their eyes have glazed over and they want to save themselves another earful.

But today we ask – what is ethereum?

If you thought explaining bitcoin was hard...

A brief history of ethereum and Vitalik Buterin, its founder

Ethereum has been, by market cap, the second-largest cryptocurrency since 2018. It’s the brainchild of Russian-Canadian programming prodigy, Vitalik Buterin, who first proposed the idea in a white paper in 2013.

Subscribe to MoneyWeek and get your first six issues FREE

Buterin had already been into bitcoin for several years by this point. He first found out about bitcoin from his dad, a computer scientist, in 2011, at the age of just 17, while he was at university (he would soon drop out). He went on to found Bitcoin Magazine that same year.

Just to make you feel inadequate, Buterin is still only 27 and is a billionaire many times over – so many times over that he’s already given away over $2bn in philanthropy.

Philosophically, Buterin is pretty hardcore techno-libertarian. In 2018 he authored a paper with economist Glen Weyl called Liberation Through Radical Decentralisation, in which he “proposed ways to harness markets and technology to radically decentralise power of all sorts and shift our reliance from authority and to formal rules”.

In 2019 his paper, A Flexible Design for Funding Public Goods, written with Harvard PhD student Zoe Hitzig, sets out a new method for the optimal provision of public goods and services, using “quadratic voting” – a more nuanced system of voting that allows for a much more direct system of democracy than current representative systems.

Buterin published his ethereum white paper in 2013. He chose the name after browsing a list of elements on Wikipedia. “It sounded nice”, he said, “and had the word ‘ether’, referring to the hypothetical invisible medium that permeates the universe and allows light to travel.”

He announced the project in 2014 at the North American Bitcoin Conference and development began with an all-star founding team that included Anthony Di Iorio, Charles Hoskinson (founder of Cardano), Mihai Alisie and Amir Chetrit, and soon after Joseph Lubin, Gavin Wood, and Jeffrey Wilcke.

They raised money to found the project via crowdfunding in the summer of that year. By that point, Buterin was already regarded in crypto coding circles as a prodigy.

I remember being invited to participate in that funding, but got annoyed by how badly the project was explained that I didn’t go ahead. Duh!

The project eventually went live in 2015 and, despite numerous setbacks, including a $50m hack after a $150m crowdsale and numerous forks, the project must be deemed to have been a huge success.

The ethereum market cap is some $400bn. Ether, the currency that changes hands over the ethereum network, has gone from below a dollar in late 2015 to $3,500 today.

What is ethereum actually for?

The founding principle of the project was to use blockchain technology for purposes beyond an alternative system of digital money. Bitcoin has its blockchain, so does ethereum – a separate network altogether, using similar distributed ledger technology (aka blockchain) to verify and record transactions.

Like most crypto currencies, ethereum is an open source platform. Ether is used and accepted as a means of payment, but that is not really the purpose of ethereum.

Charlie Morris of Byte Tree likens it to a decentralised App Store. Developers can use the platform to build and publish smart contracts and distributed applications (dApps), and it is a kind of marketplace for financial services (Defi), NFTs (non-fungible tokens), games, and apps, all of which can be paid for in ether.

Hence why it is known as “the world’s programmable blockchain”. It can be used, it claims, to “codify, decentralise, secure, and trade just about anything.”

So coders can deploy decentralised applications onto the ethereum blockchain. These become immutable and permanent, and users can interact with them.

Decentralised finance (DeFi) applications allow for all sorts of financial services – decentralised exchanges, for example, or borrowing and lending systems – without the need for typical financial intermediaries such as banks or brokerages.

Ethereum allows for the creation and trade of NFTs – tokens which are connected to digital works of art and other forms of digital property.

Many use the platform for initial coin offerings, and many cryptocurrencies actually operate on the ethereum blockchain (as what are known as ERC-20 tokens). DAOs – digital autonomous organisations – are taking shape on the platform.

So, all in all, ethereum has found plenty of use, and it has been a fantastic means to play the incredible innovation taking place in this sector.

Will ethereum lose out to its competition?

One of my close bitcoin “original gangster” mates, who in this instance I’m sure would rather not be named, is forever saying to me, “ethereum should fail and it’s a mystery to me why it doesn’t”.

Many feel the same way. The blockchain is not nearly as robust as bitcoin’s; ethereum is not properly decentralised, and the numerous forks that have taken place in reaction to hacks prove this, say critics – they would not be possible with a properly decentralised platform. Too many coins were pre-mined and handed out to founders. Ethereum 2.0 has met with delay after delay. Transaction costs, known as gas fees, are exorbitant (I can vouch for this). At times they cost several hundred dollars, when they should cost pennies. It’s a ticking time bomb, say critics.

Maybe. Ethereum has numerous competitors – Binance Smart Chain, Polkadot, Cardano, Terra, and Solana, for example. Cardano and Solana have both had extraordinary runs, the latter just in recent weeks. Many of these are technologically superior, say critics – faster, more robust. Certainly they don’t have exorbitant gas fees.

But the one thing they don’t have is the network of users. Ethereum has that. It is the first coin the general public thinks of after bitcoin, even if they can’t pronounce it properly. That is what first-mover advantage often gives you.

But that is the market. Everyone submits their offering, makes their argument and price is the outcome. The best man doesn’t always win.

Ethereum is second only to bitcoin. It’s had a great year, on the back of several great years. It’s like silver to bitcoin’s gold – as well as having many more uses, it is more volatile. It often moves later in the cycle but by more, but when the correction comes it gets hit by more too.

The direction is up. But for how much longer?

Daylight Robbery – How Tax Shaped The Past And Will Change The Future i s now out in paperback at Amazon and all good bookstores with the audiobook, read by Dominic, on Audible and elsewhere.