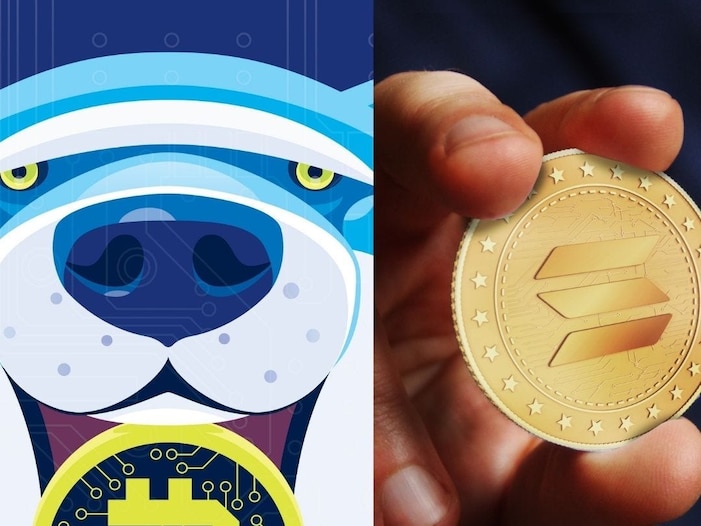 Shiba inu lost some of its recent appeal this week, falling by as much as 40% over the week in the seven days to Friday. Investors have shunned meme tokens in favor of cryptocurrencies with more real-life use cases, such as solana and ether.

The coin's rapid rise, coupled with developments elsewhere in the crypto space that have lured investors into more established tokens, unleashed a wave of profit-taking, particularly in light of the fact that most shiba inu in circulation is concentrated in very few hands - meaning there is a strong chance of even deeper losses.

"There are a load of shib coins out there to sell and whales with big bags to offload. The fact that a few whales hold much of the supply can actually make it easy to push prices up, but of course small-time traders will never know when whales will sell," Ali Beikverdi, CEO and co-founder of bitHolla, an exchange software company said.

By way of example, shiba inu holders were unnerved earlier this week when the second biggest shib address started moving $2.3 billion worth of the coin from its wallet. That wallet only accounts for 7% of shiba inu in circulation, while the largest holds 41%, according to Coinmarketcap data.

Added to that, a blistering rally in a "Squid Game" token - inspired by the hit Korean series on Netflix - ended in that coin crashing to 0 from closer to $3,000 in hours. This event rekindled concern over the potential for scams in the crypto market.

"Indeed, investors don't like to lose money. What happened with the Squid Game token caused a high level of discomfort amongst investors," Ryan Wilkinson, Head of Product at Blockasset.co, an NFT marketplace built on the solana network said.

Meanwhile, investors have flocked to coins with real use cases, such as those linked to decentralized finance and non-fungible tokens, like ether, solana and avalanche.

Solana's sol token has gained 21% so far this week and hit record highs above $250, while avalanche's avax has risen 18% this week and ether - the second most-traded cryptocurrency after bitcoin - has gained 1.6%.

"Solana is undoubtedly one of the hottest blockchains today, as its usability and eco-friendliness are reverberating across the blockchain industry," Wilkinson said.

"The number of decentralized finance (DeFi) applications and non-fungible tokens (NFT) being floated atop the blockchain is the ultimate source of boosted demand for sol," he said.

Ether benefitted from the announcement of the launch of micro futures by CME - the biggest derivatives exchange - as well as the growing momentum around NFTs and the metaverse, much of which runs on ethereum.

Regardless of the scandals and scams that seem to follow meme cryptos and social tokens, at times, some market watchers believe these more speculative coins will persist.

"We've had evidence with coins like DOGE and SHIB that this is the case. In a world where we are all connected by social media, these communities can be very powerful, and they take advantage of network effects."